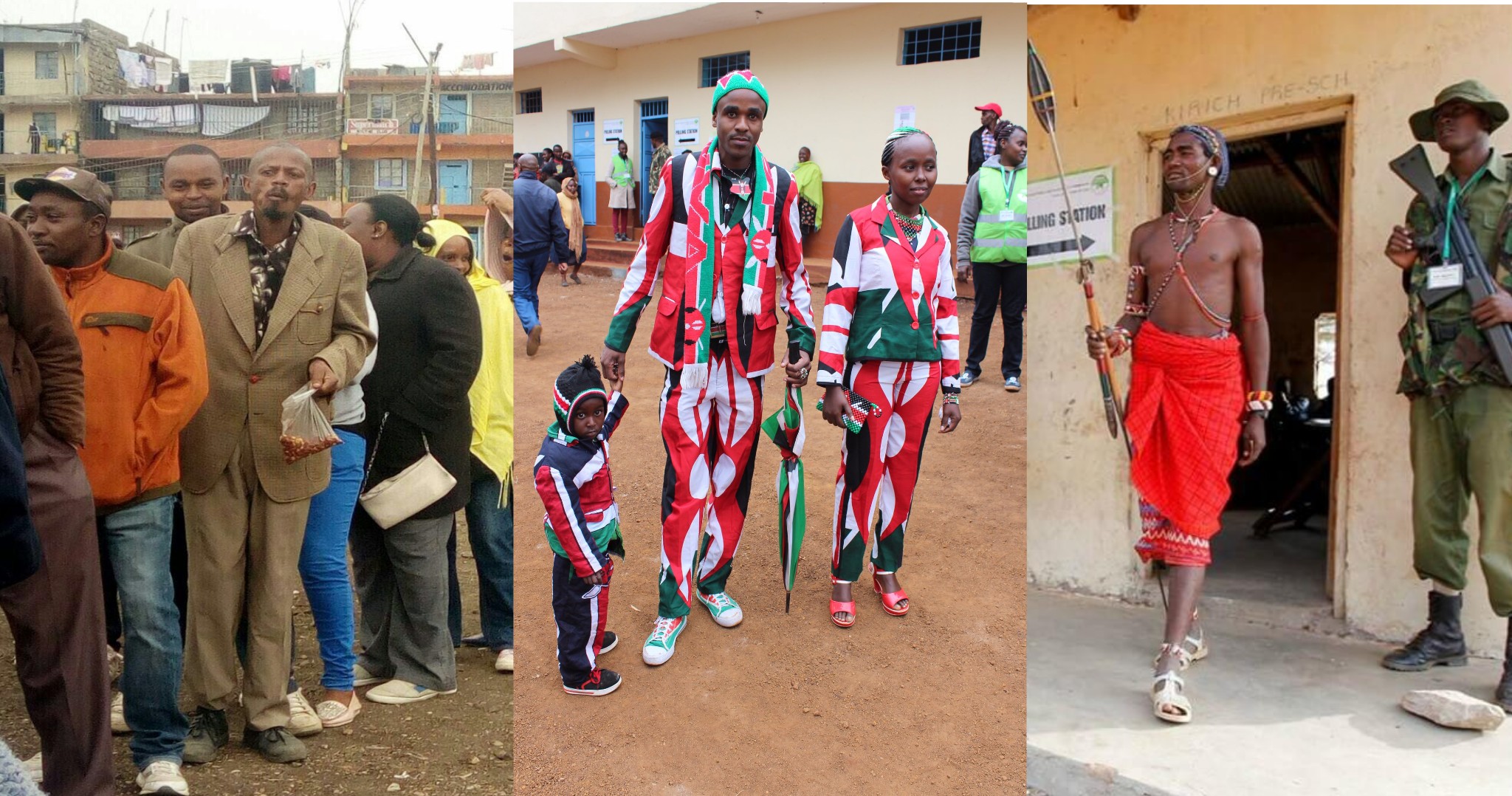 Six days ago, Kenyans had a date with destiny. They turned out in large number, many even slept in polling stations so that they can vote  in their desired leaders who they thought will bring change.

People from all sundry ethnic tribes came out, the sick were carried to polling stations, and there was almost a 85% voter turnout, one of the best turnouts ever in Kenya’s history.
Kenyans came out in all ways, others dressed in patriotic suits, others carried by their relatives, other dressed in local regalia.

Here are some of the  images which became a face of the 2017 General Elections. 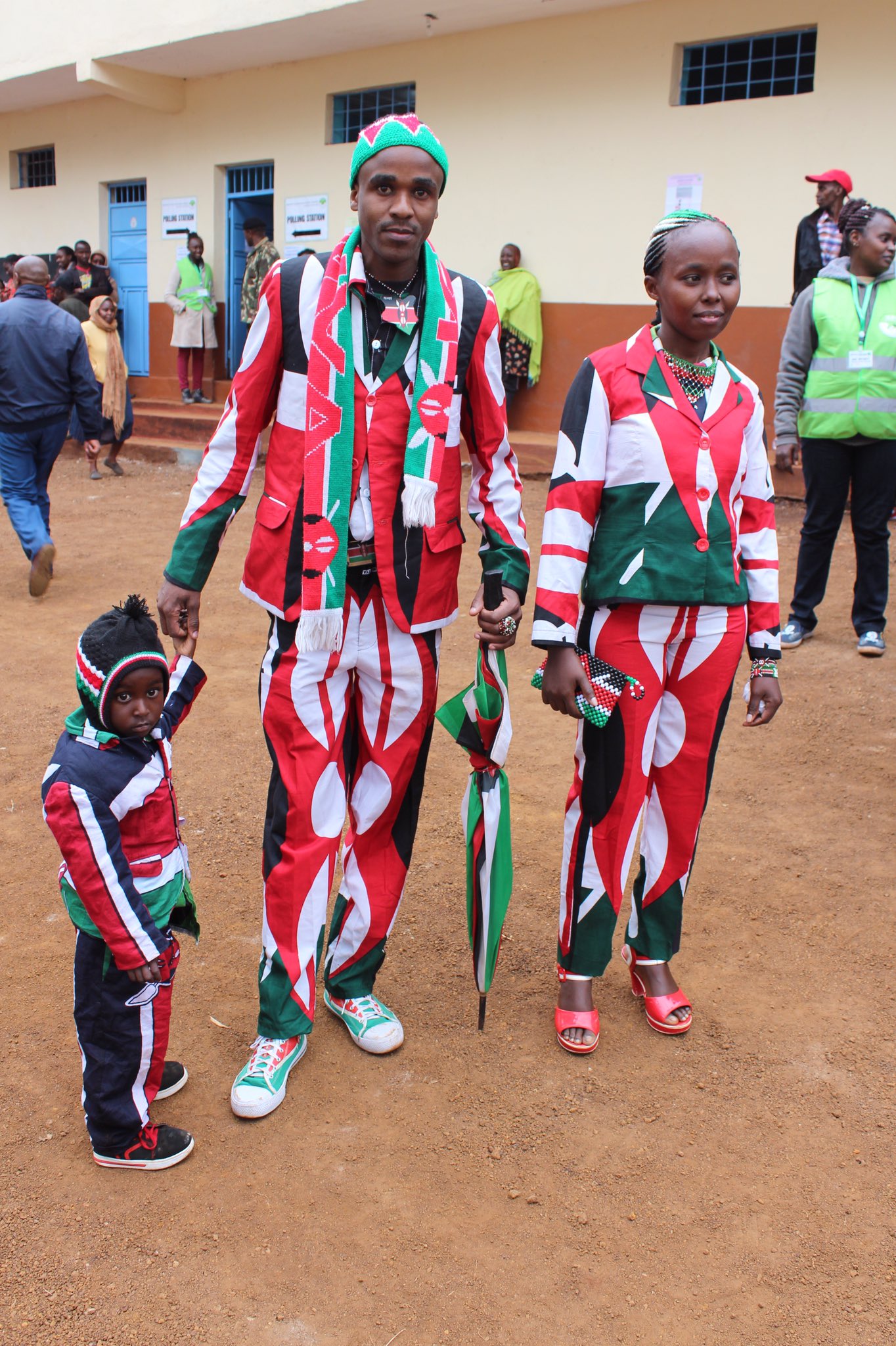 In a full Moran regalia, this Maasai stepped out head high after casting his vote. 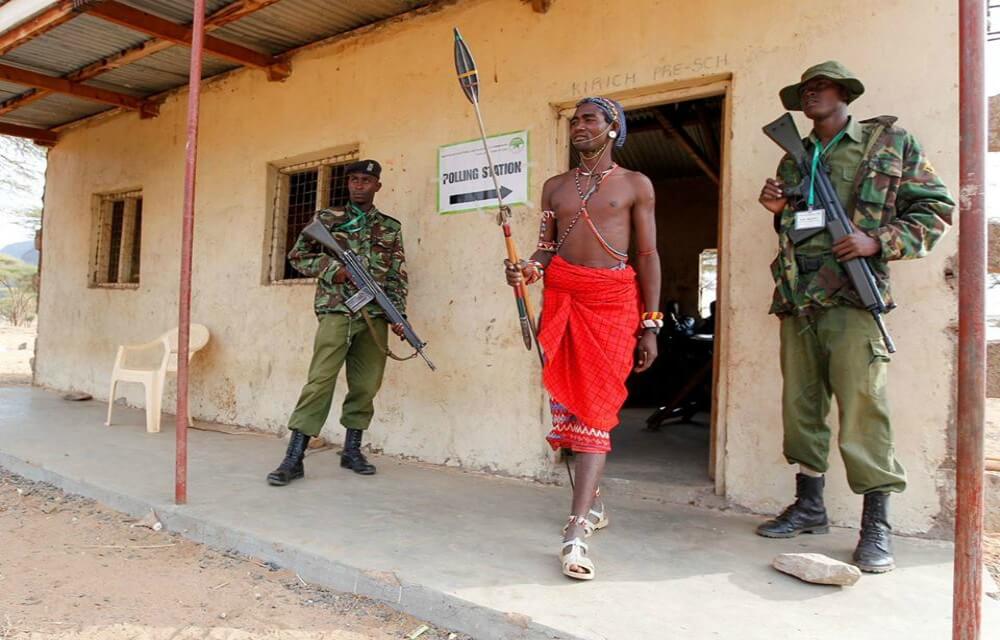 3.The Old Being Escorted To Vote 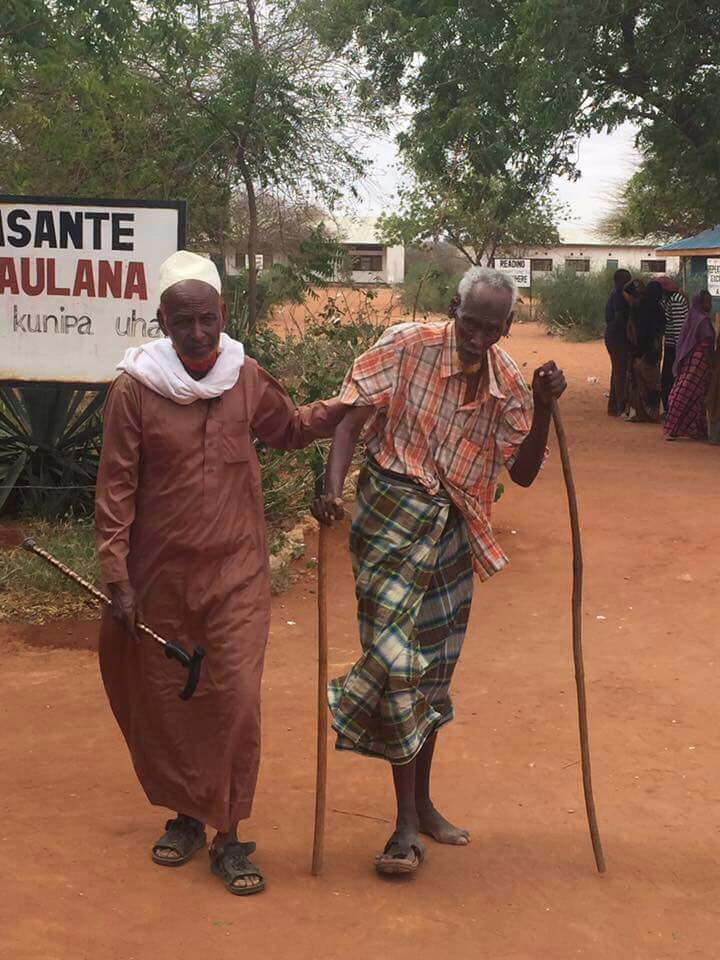 4.This old woman was carried by her daughter in Nyakach, Kisumu to go and vote 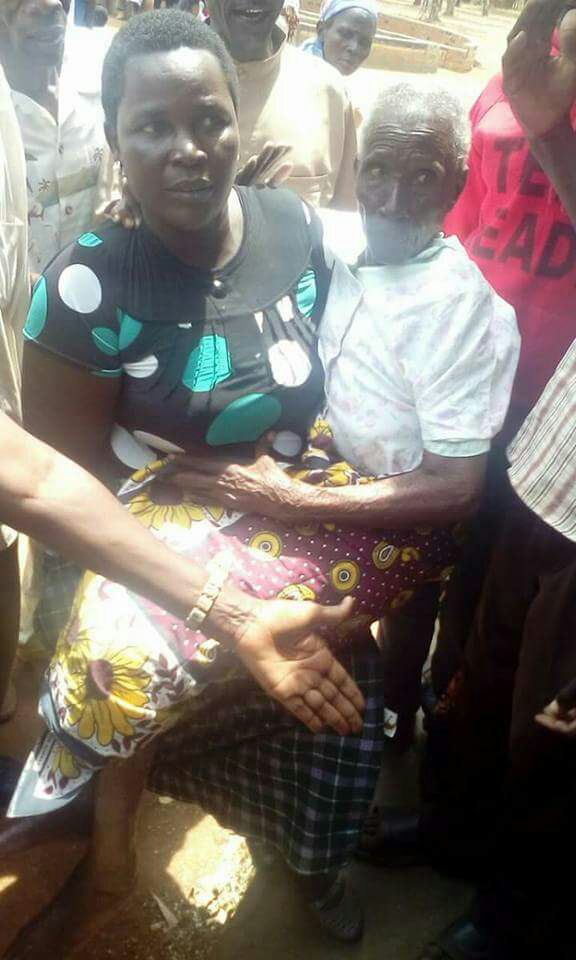 This Father and his daughter offered voters with free water at Highridge Primary as they waited for their turn to vote.

He made news recently and even made a major circulation on the internet after he was captured on camera eating githeri from a paperbag as he waited in line to vote. Some companies came out and pooled resources to help him live a decent live. 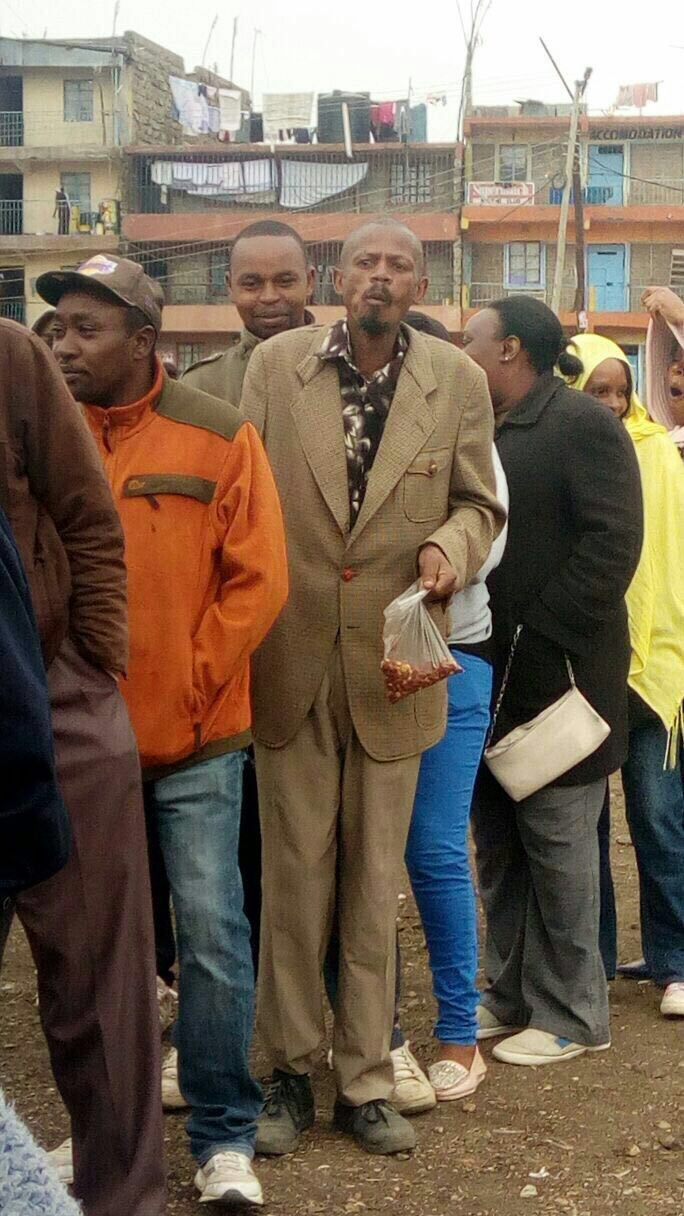 7.Margaret Kenyatta Lining Up To Vote

Margaret Kenyatta woke up very early,wrapped herself with a blanket to beat the biting morning cold and queued just like any other Kenyan at Ichaweri Primary School polling station in Kiambu 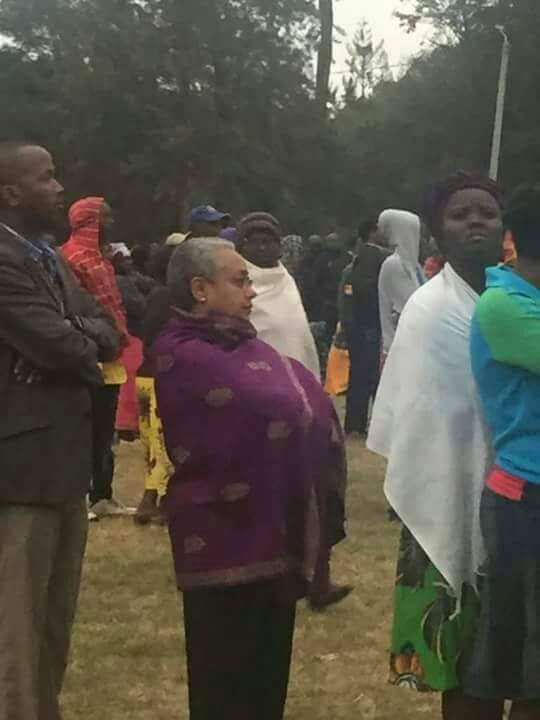 Men on hearing that parents with babies were being given a priority to vote first, they strapped on their backs fully grown children and confidently walked to polling stations expecting to be allowed ro vote????????. 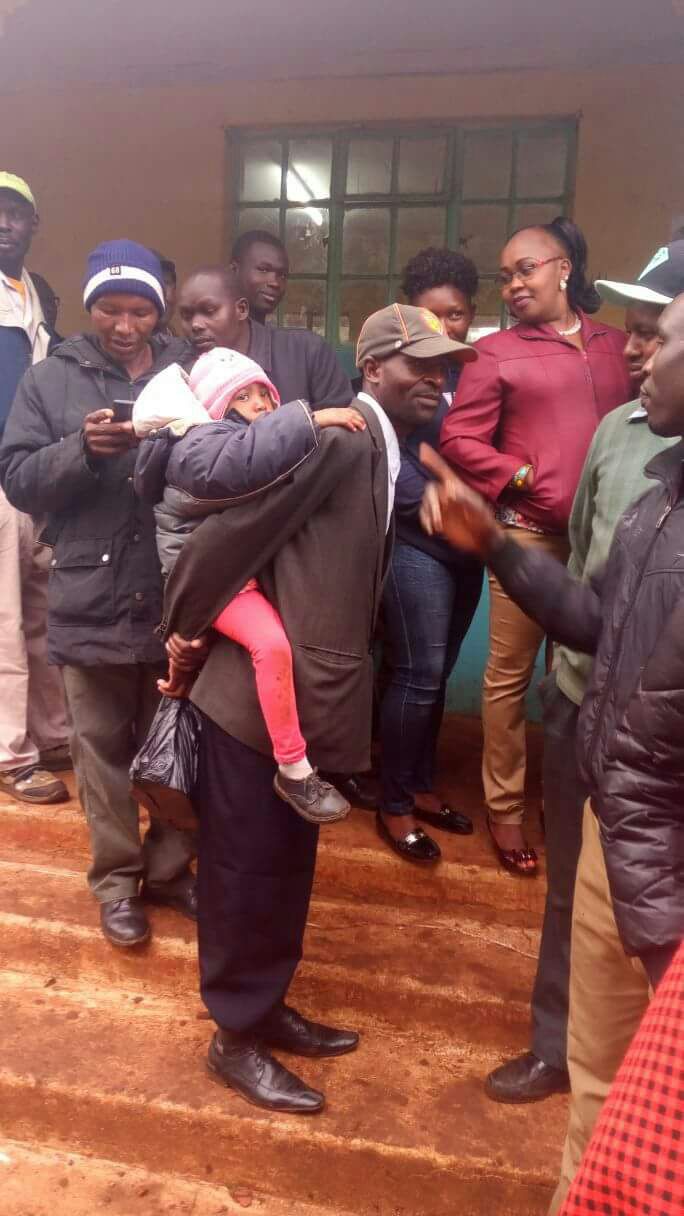 9.This one too carried a baby, complete with a handbag, probably with baby food and stuff????seemingly his first time to do so. 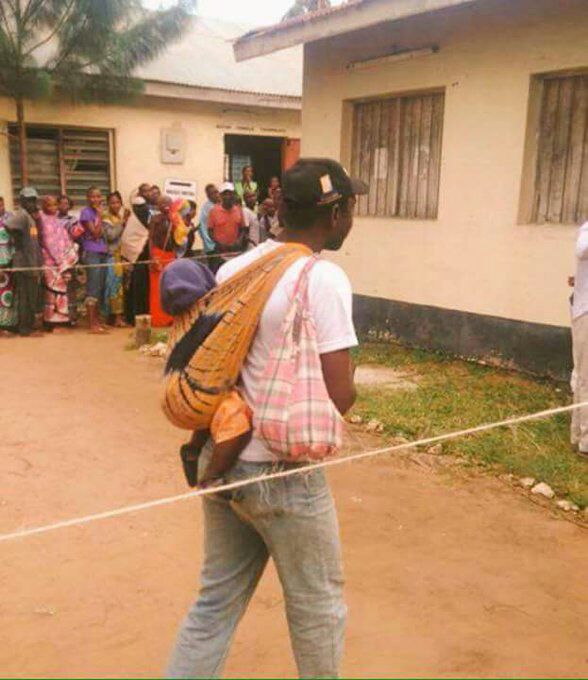 Everybody’s headache was the long queues. People arrived at polling stations as early as 4:00 AM but stayed until as late as 3-4:00PM in the evening. This is one of the long queues that was in Umoja. 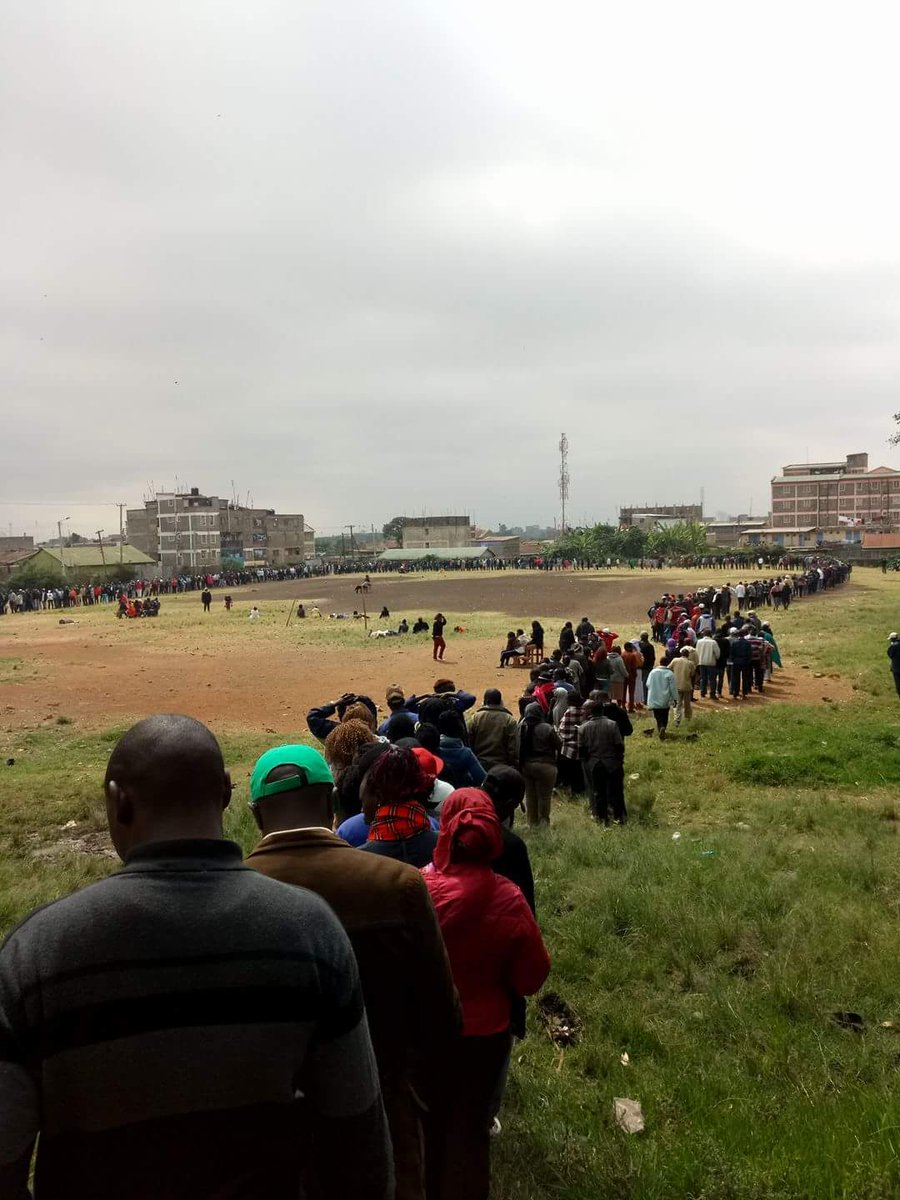 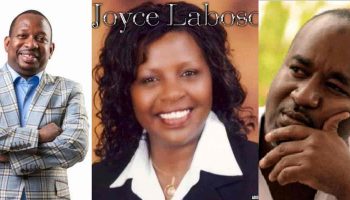 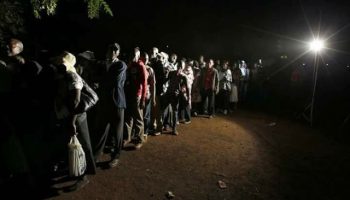