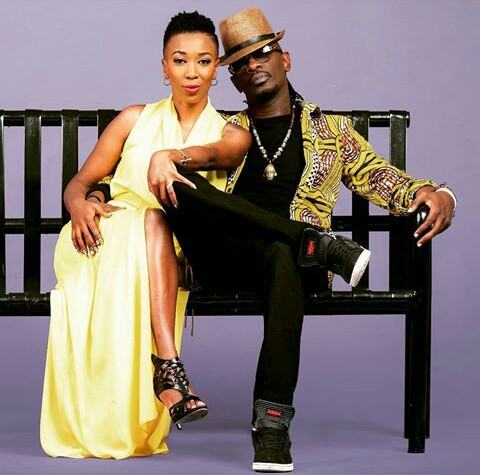 Wahu and Nameless have made us covet their relationship, stalking them on IG, FB,  like religion. Literally, we have been proudly keeping up with the Mathenges.And now more celebrities have joined the bandwagon. We can’t get our eyes off Size 8 and DJ Mo, Njugush and Ndinda, Janet Mbugua and Eddie Ndichu, Eric Omondi and Chantal, Juliani and Brenda Wairimu, Rashid Abdala and Lulu Hassan, Kathy Kiuna and Allan Kiuna, you name them. We all look up to them with so much admiration and feel motivated. Someday, you hope you’ll be like them. Happy, madly in love and refusing to age anytime soon. Truth be told, the world of love is not for the faint-hearted or the unsure type. Tell you what, if you wanna beat the odds in this racket, here are some relationship goals you can borrow from these Kenyan celebrity couples.

For richer for poor.

Njugush narrated a story of how her wife would visit him back in the days when he didn’t have much. Not even a good house or even any wealth. Celestine would help him out with cash, and stick together with him. Even though people would underrate Njugush, judging him with contempt and pity, they pushed through together as one and now, they are living big and large together, happily married.

We got each other’s back.

When Size 8 became a laughing stock at her performance during the presidential inauguration last year, DJ Mo, went out guns blazing to defend his shawty. Even though size eight has been trolled a couple of times over her make up, not at one point has Dj Mo, not jumped out to save her skin and protect her.

If my calculations are anything to go by, Wahu and nameless have been together for about 20 years, that is such a long time at this time and era. This two lovebirds met back in campus and they have stuck together for this long, avoiding negative publicity and maintaining a low profile. They definitely will age gracefully in each other’s arms.

My ride or die

Eric and Chantal are a perfect example of true love. Despite being caught up in ugly stints and tarnishing his name for the sake of his career, Chantal has never been ashamed of his antics. They always bounce back fresh and lively like nothing happened. It all started as a joke when Chantal confessed to be Eric’s diehard fan, and little by little, they have become inseparable.

Your past does not matter, our future really does.

Kate and Philip joined the celebrity couples bandwagon not so long ago and we love them so much already. Men were out there hating on Kate because she had a son back in campus. Some were even forbidding him from dating her because of that. But Philip was man enough to love Kate for who she was and ashamed her haters by walking her down the aisle and putting a ring on her finger, to show that he was his forever.

Haters gonna hate but my love for you will never die.

Many have never come to terms with the fact that Juliani and Brenda Wairimu are a couple. Some were quick to dismiss that Juliani was not good enough for her and that Brenda was way to pretty for him. But like they say love is powerful, it conquers all, cause despite the bad mouthing this two are still together loving each other more each day.

We can make it through.

When Bettty Kyalo and Dennis Okari called it a quit, people were quick to give disclaimers that people should strictly marry below their status especially celebrities.That did not scare Janet Mbugua from marrying her equal Eddie Ndichu. Yes, they both have big names and fat accounts, and that does not make them feel intimidated because they know they have it figured out and they are sure they will make it.

Well relationships built on some religious foundation tend to have a purpose, a stronghold and a future. Allan and Kathy have dedicated their lives to serving the Lord and that call is worthwhile. Growing spiritually together makes you get far and push through the bumpy rides of life.

Rashid and Lulu Hassan have been blessed with two cute boys. These two have tight schedules bearing in mind that they are full times journalist. Despite their limited time, these two always great time to spend with their young family and bond together. Isn’t that beautiful raise a family together as one?

Age is but a number.

Love doesn’t give a crap if she is older than you. As long as you heart each other, you are good to go. Look at how Diana Maria and Bahati look so cute together. They have their lives figure out and their little daughter brings so much joy in their lives. If you love someone go for him or her don’t be scared. 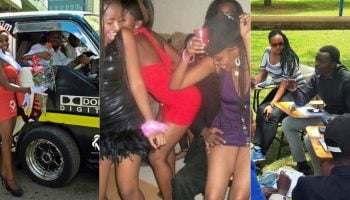 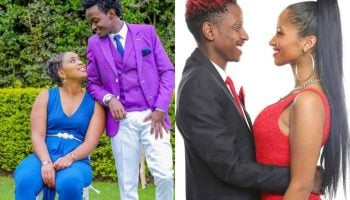 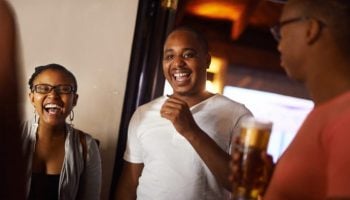 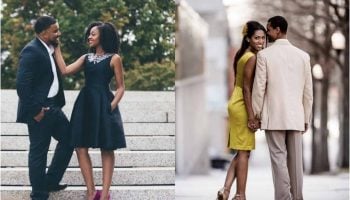 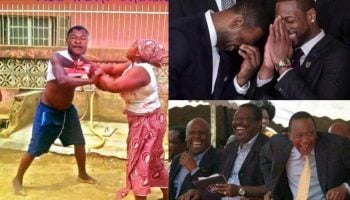 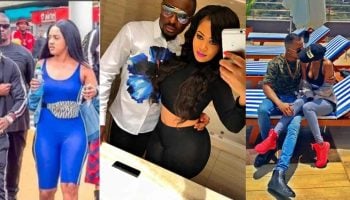