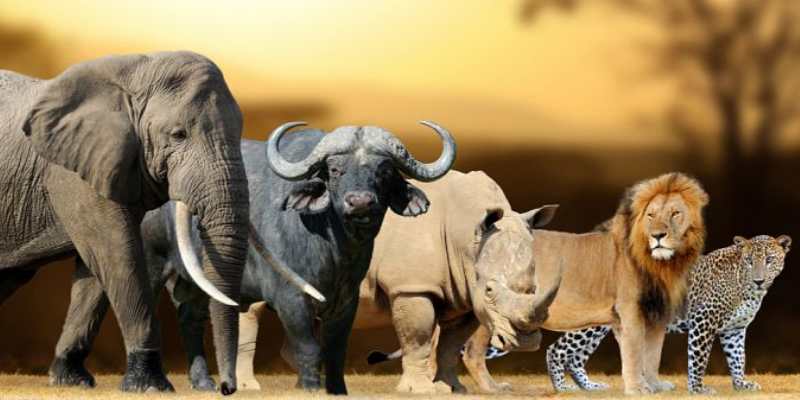 The Big Five is a term that refers to five most difficult and dangerous animals to hunt on foot in Africa. The animals include the African elephant, lion, leopard, buffalo and rhino. They are also the most sought after animals by tourists in Kenya and the rest of the world.

Here are facts about the big five animals in Kenya.

Elephants are the largest land mammals in the world and the biggest of the big five. They have huge trunks that make them easily recognisable. They at times can be dangerous and go to the extent of charging at vehicles, animals and humans when they feel threatened.

Lions are considered the kings of the jungle. Their roars can be heard from miles away. They are the largest and the fiercest land predators that live in prides. Male lions have thick and shaggy manes that protect their necks from injuries during fights with fellow males or preys. Ironically, female lions do most of the hunting.

Leopards are the most elusive animals among the Big Five. They are rarely seen and mostly hunt during the night or early in the morning. They are very secretive and mostly camouflage during the day behind trees and bushes. Leopards are exceptional tree climbers. They are solitary animals that feed on prey such as fish, reptiles, birds, monkeys and insects.

Buffalos are very dangerous and aggressive animals that charge at astonishing speed when they feel threatened. They are so powerful that they scare away lions. They have enormous horns that protect them from predators.

Rhinos are endangered species and are known herbivores. They have been endangered by poachers who kill them for their horns which are very lucrative and precious commodities in the blackmarkets. They are of two types; white and black rhinos. They can be differentiated by size. White rhinos tend to be bigger or larger than black rhinos. 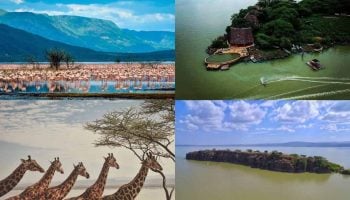 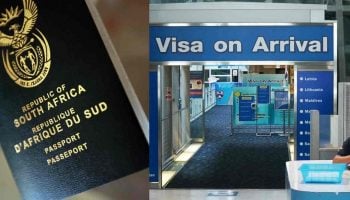 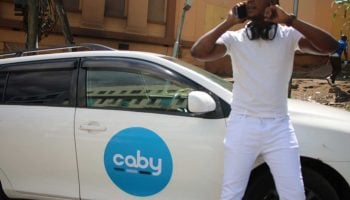 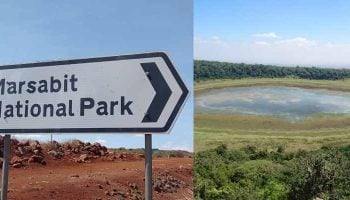 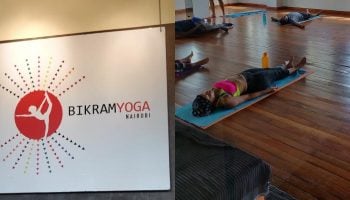 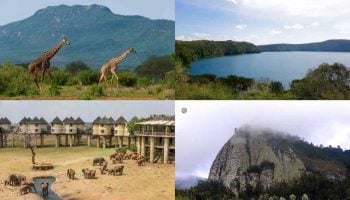