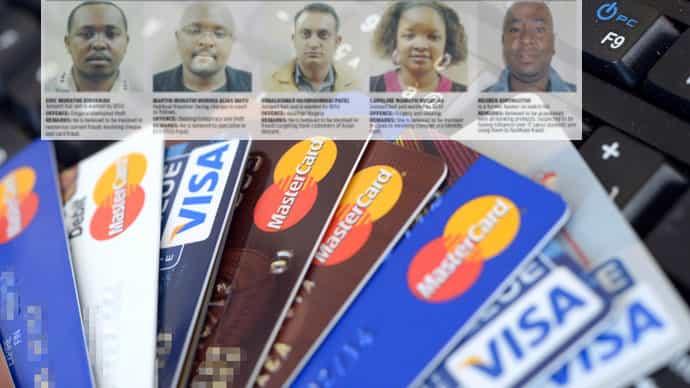 Online bank fraud is now one of the most common crimes in the country with almost one in ten people falling victim, latest research has revealed. Despite CBK’s instruction to all financial institutions to review their cybersecurity strategy, hackers have proved to be too smart for Kenya’s Banking Fraud Investigations Unit (BFIU).

Releasing a list of 32 banking fraudsters, head of BFIU Mr. Ngatia Iregi said that criminals have now abandoned the traditional violent bank raids.Adding that they now use the internet to hack into systems to steal huge sums of money. Local banks, Saccos,  petrol stations, businessmen and tourists being the most affected victims.  Below are some of the most notorious banking fraudsters in Kenya as released by the Banking Fraud Investigations Unit (BFIU)

1.  Calvin Otieno Ogalo – A Former police officer and bank employee, who on Saturdays turns into a devout SDA patriot and choir member but works as a bank hacker every other day between 3 pm and midnight. Ogalo is sought by the Banking Fraud Investigation Unit (BFID) and is suspected to have been involved in the theft of Sh50 million from the Kenya Police Sacco. 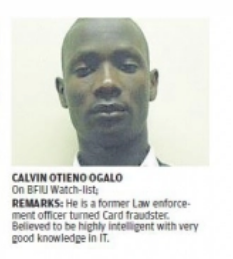 2. Moses Kahiato Kanumbi – Notorious for befriending women account holders before taking over their accounts after accessing security codes obtained through trust or stealing.

3. Caroline Wamuyu Mugecha- The daring lady has stolen twice from the Kenya Police Sacco. She is also said to have raided two local banks. 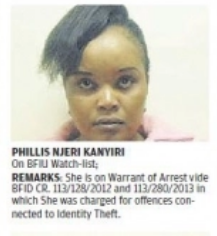 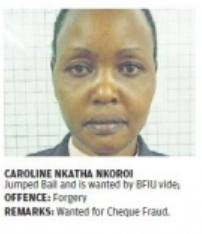 7. Albert Komen KipKechem – He specializes in computer fraud. He is said to be involved in frauds associated with frauds with large amounts. 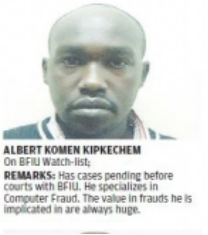 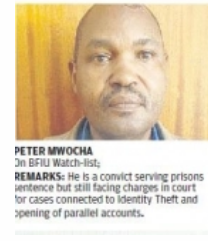 He specializes in  RTGS –  transfer system where money transfer takes place from one bank to another on a “real-time” basis. He has also been accused severally of identity theft. 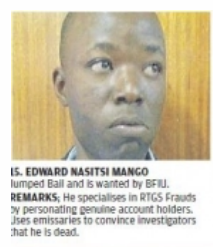 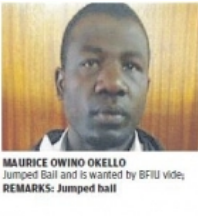 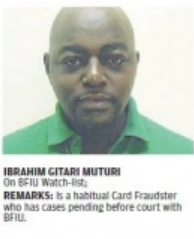 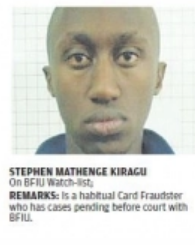 14. Shabir Mohamed Hasi – Cheque fraudster who has been accused severally of the opening of paralle bank accounts. 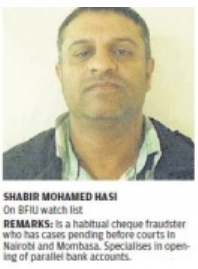 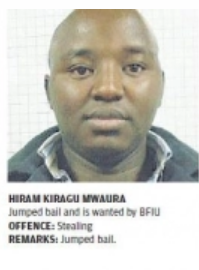 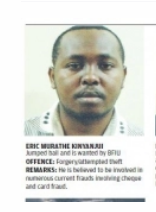 25. Reuben Kirongothe – Specializes in banking products, saccos are his victims. He mostly uses IT students.

You can call BFIU via  +254 020 3343312 OR visit their offices at Mazingira House along Kiambu Road if you happen to know them or been a victim. 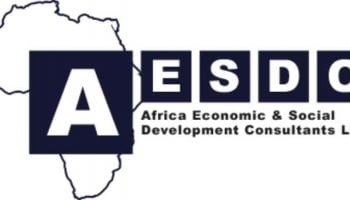 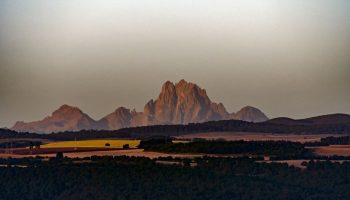 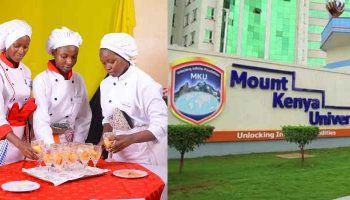 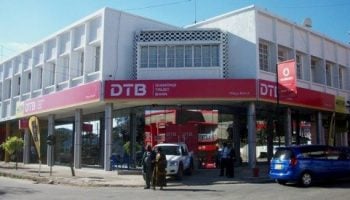 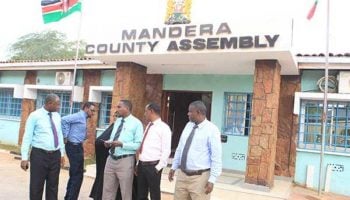 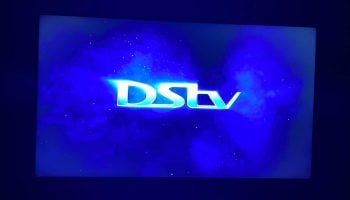