We have already looked into the richest musicians in Kenya. Now it’s time to look into how East African musicians are doing in terms of investments from loads of cash they get from brand endorsements and gigs. We can all agree that making money in the music industry nowadays is different because the internet has really made it harder for artists to get paid. They can no longer rely on album sales to live out of music. But the artists listed below have still been able to out-earn their fellows in many different ways. So who comes out on top? Here are the 10 richest musicians of 2020 in East Africa taking into consideration their investments and the number of gigs they get.

This is the richest artist in East Africa and 10th in Africa. Jose Chameleone started his career over two decades ago which has seen him enjoy massive airplay and fame across the world. He is the most respected musician of our generation in East Africa with timeless hits. His wealth accumulates from investments in real estate, music, and endorsements from the corporate world for the past 20 years.  He owns Coco Beach on the showers of Lake Victoria, Daniella Villas apartments located in Bweyogerere, Leone Island Music Label, rentals along Entebbe road in Kampala.

He is one of the highest paid artists in East Africa and also holding a recording of holding the largest concert in the region in 2014 where 40,000 people attended. On December 2014, he charged Ksh 33,000 per head in his Serena show in Kampala; most expensive event East Africa has ever seen. His international shows in the United States, United Kingdom, Germany, Sweden, Belgium, Malaysia, China, and South Africa have earned him millions.

He owns two expensive palatial mansions, one is located on Seguku hill off Entebbe road worth 34 million while the other one is located in a rich suburb of Muyenga in Kampala worth 44 million which is said to have several bedrooms, swimming pool and seven servants quarters. Chameleone also owns a luxury home in Arizona, USA, and another one in Kigali, Rwanda. 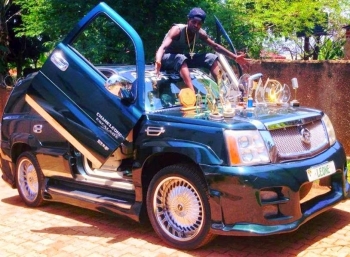 Back in 2016, the singer bought Nike Air Mag limited edition shoes at approximately Ksh 1.2 million which made social media to go wild…but what do you expect him to do with all that money?

This is the richest artist in Tanzania and the second in East Africa. Mr. Chibu Dangote started his musical journey a decade ago and today is the most listened artist in East Africa. His money comes from weekly shows, endorsements, and his record Label WCB.

Diamond charges nothing less than Ksh2.5 million per his international shows.He is always booked throughout the year which simply tells you the amount the 28-year-old is minting. High profile artists like Rayvanny, Harmonize, Rich Maboko, Lava Lava, Queen Darlin and Mbosso are signed under his record WCB label who are bringing in a lot of money. WCB is said to charge Ksh 30,000 per audio recording and Ksh 600, 000 for a video recording.Diamond has also interests in the food industry with investments in his Diamond Karangan ground nuts which are doing good so far, he also has a perfume brand by the name Chibu perfume which took Tanzanian’s fashion industry by storm. Besides that, the Salome hitmaker is also establishing a radio and Tv Station in Mbezi Beach, Dar es Salaam which will launch later this year. Recently, Diamond announced to be opening a new branch of WCB in Nairobi, Kenya. 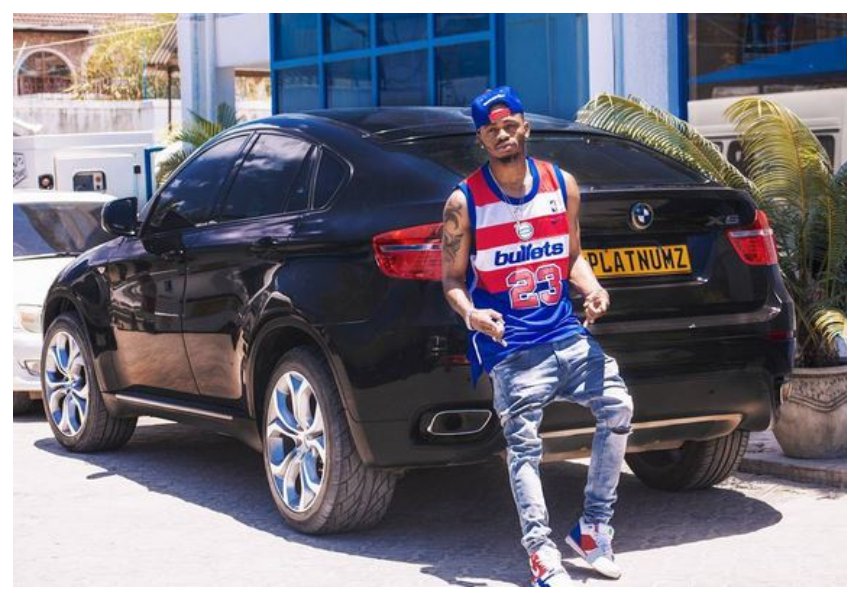 Diamond owns palatial mansions in Tanzania and South Africa; One in  Madale, Dar Es Salaam worth 70 million which is said to have gold coated toilet and another one in Mbezi beach.  Check out the South African mansion here

This is the richest musician in Kenya. He made a debut in his musical journey back in 2005 and from then things have never been the same for the Kigeugeu hitmaker. His music has earned him awards, fame, money and most importantly an opportunity to represent the people of Starehe constituency as their Member of parliament. His source of wealth comes from the transport industry, construction industry,  real estate industry, motor industry and in the music industry.  He owns Air Jaguar, an aviation company which does air travels in Wilson Airport, construction company,  a fleet of cars which do cab business, co-owns popular Kenyan record label- MainSwitch Productions, apartments in Kenya’s capital- Nairobi and also imports cars which he sells in Kenya. 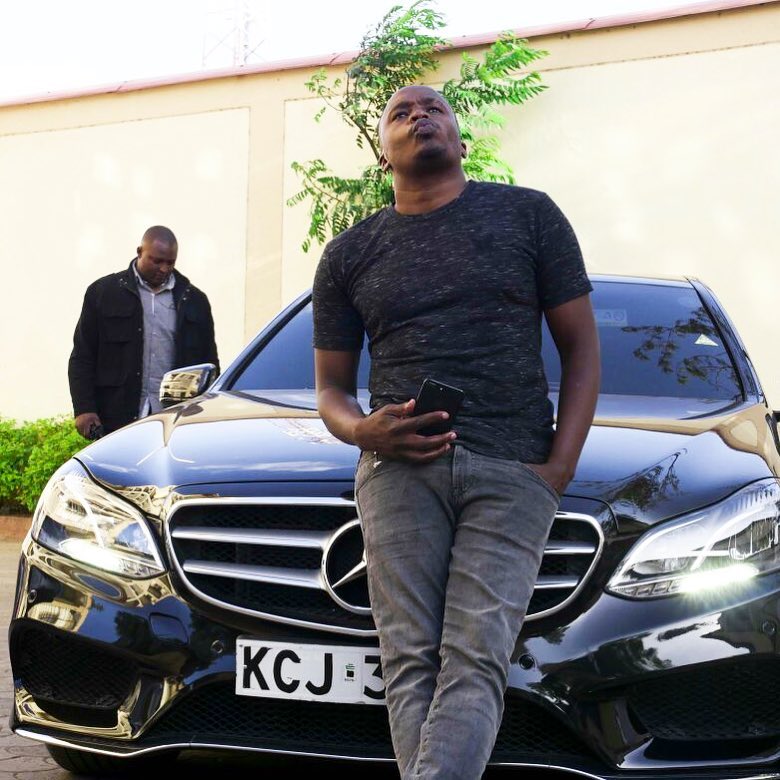 Jaguar also owns palatial mansions in Athi River, Nairobi Suburb, and one in his Nyeri rural home. As we highlighted earlier on this site, Jaguar is a lover of expensive rides. He owns range rovers, BMWs, Toyota Landcruiser, Bently, Jaguar, and a Mercedes Benz e class 2017.  Check out the cars here.

Apart from music and various investments, Jaguar has received endorsements from various brands such Coca-cola in Coke Studio Africa and work as a director in Kenya’s National Agency for the Campaign against Drug Abuse. He has also been involved in various campaign trails for President Uhuru Kenyatta.

She is the only female artiste on this list. The highflying Kenyan musician’s riches purely come from her investments outside music. Akothee’s investments range from real estate to the hospitality industry. She owns Akothee Safaris which does tours and travels both international and locally, Madam Boss also owns a luxurious beach resort in Diani called Morning Star Diani, a real estate company by the name Akothee Properties and has invested in the transport industry with cabs in Mombasa.

Akothee’s palatial mansions are worth millions going by what she has said in recent interviews. Her retirement home in Rongo, Migori county is worth 100M, her North Coast beachfront mansion is worth Sh120 million, has a house in one of the Nairobi’s suburbs worth 80 Million and a four-bedroom house in Zurich, Switzerland. 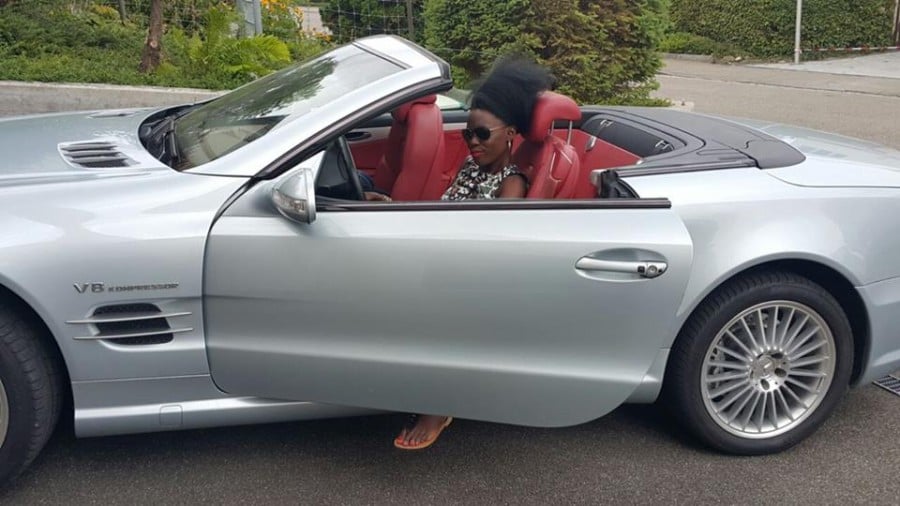 She drives flashy cars which made her lead on our recent list of Kenyan female celebs with most expensive cars. She owns a Mercedes AMG SL63 convertible Roadster, Audi Limousine, Range Rover, and a Land Cruiser V8 in her car pricey car collections.

Recently she claimed to be paying a school fee of Ksh 3,125,000 per term for her 5 kids which made Kenyan social media platforms go wild. Surely, with no doubt, Akothee is the richest female artist in East Africa at the moment. If you think this is child’s play, read this.

This is the second richest musician in Uganda. Bobi Wine doubles up as a musician and a politician. He currently represents Kyaddondo East constituency, a position he was elected in country’s 2016 general elections. His wealth comes from music, real estate, livestock, transport industry and brand endorsements.  He owns One beach located in Lake Victoria,  owns a farm in Gomba district with a large cattle herd and swine,  Firebase records in Kamwokya, Ssemakokiro Plaza, expensive palatial mansions in Magere and Gomba,  yacht and speedboats, and has heavily invested in the cab industry in Uganda’s capital- Kampala. 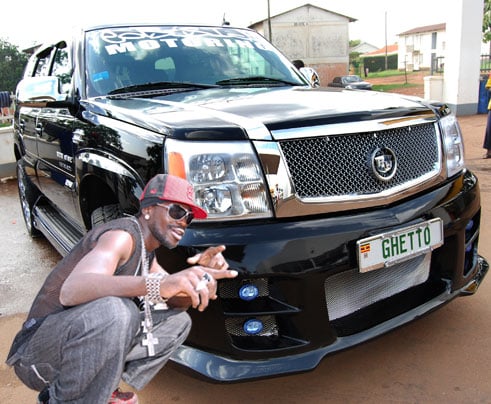 The Ghetto President has also received endorsements from some of the biggest brands in Uganda including Centenary Bank, MTN, Life Guard Condoms and the Ministry of Health. Bobi Wine drives several high-end cars including an escalade.

The veteran Hip-hop artiste is one of the few musicians from Tanzania credited with selling the  “Bongo Flava” Tanzanian hip hop subgenre to the rest of East Africa. He debuted his music career in 1994 and released multiple hits which gained him a lot of fame, awards, and money. In 2015, he was elected as a member of parliament representing Mikumi constituency.  His riches came from international shows during his music career, owns several apartments in Dar Es Salaam including a beachfront mansion which has an inbuilt studio. He also owns a couple of expensive cars including range rovers, BMWs, and Land Cruiser V8. 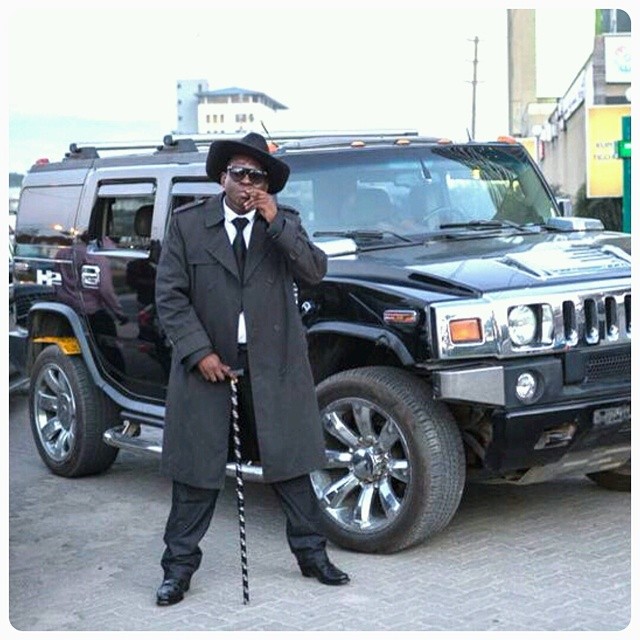 With no doubt, he is one of the most famous artists in East Africa and Africa at large. Ali Kiba started doing music back in 2004 after completing high school; this was after turning an offer to join a Ugandan soccer team as a player. Since then he has released mega-hits which have earned him game a lot of money. He has received endorsements from Tanzania’s top telecommunications company Tigo, Cococala’s Coke Studio Africa, Fiesta,  anti-poaching ambassador in East Africa and led campaign Trail for Tanzania’s president Magufuli in 2015. He has also been involved in many Kenyan campaign trails since 2007. 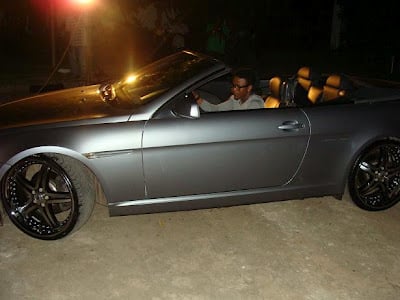 The Seduce Me hitmaker has an interest in the real estate industry with apartments in Dar Es Salaam which supplements the cash he gets from music shows.

Probably the best Boy-Band in Africa.The group has achieved a lot since their debut in 2005 from touring the world to getting multiple brand endorsements. They own a record Label that goes by the name Sauti Sol entertainment which records and manages artists. They have landed several endorsements from brands like Coca-Cola in Coke studio Africa, Niko na Safaricom with East Africa’s largest telecommunications company, a multi-million partnership with East Africa breweries to endorse Chrome Vodka, Giants Club ambassadors, and the British Council Kenya World Voice Ambassadors.   All these endorsements and weekly corporate shows have contributed to the growth of their riches. 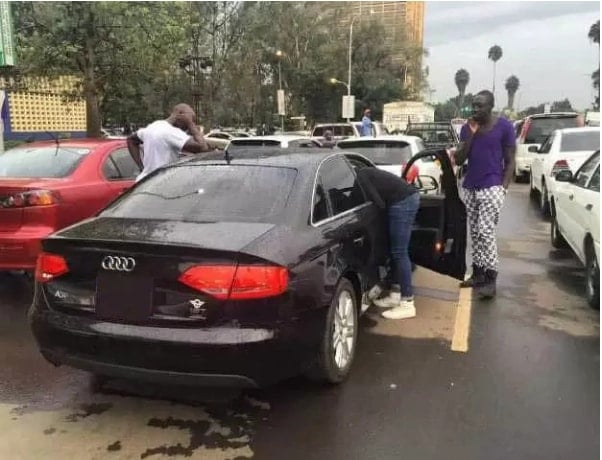 He is arguably one of the top reggae and ragga musicians currently in East Africa. The Love You Everyday hitmaker started his career in Kenya back in 1997 before moving to Uganda. Since then Bebe Cool has made several hit songs which have topped charts and earned him respect in East Africa. He has invested heavily in real estate and music. Bebe cools owns Gagamel Music label and several apartments in Kiwatule, Ntinda, and Bukoto. Bebe Cool’s wealth also comes from endorsements with the latest coming from Coke Studio Africa, Airtel and being an ambassador for Uganda Cranes. In Uganda’s 2016 elections, Bebe Cool headlined the campaign trail for president Museveni which earned him millions of cash.  He also owns a couple of expensive cars including a hummer and Mercedes Benzes. 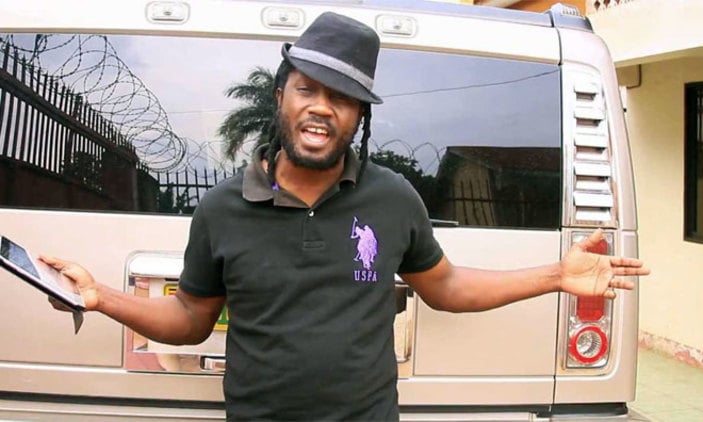 He is one of the Veteran musicians in Uganda. Ragga Dee does reggae, ragga, hip-hop, and Lingala, this has seen him win so many awards in Uganda. He was the first Ugandan musician to buy a luxurious car in 2006 when he bought a brand new Hummer. Ragga Dee has also heavily invested in real estate and a record label by the name Buggie Empire. The Oyagala Cash hit maker has headlined several international gigs in UK, USA, Germany, Zambia, Nigeria and DRC Congo. NGO endorsements are also major sources of this musician also contested for the mayor of Kampala in the 2016 general elections. 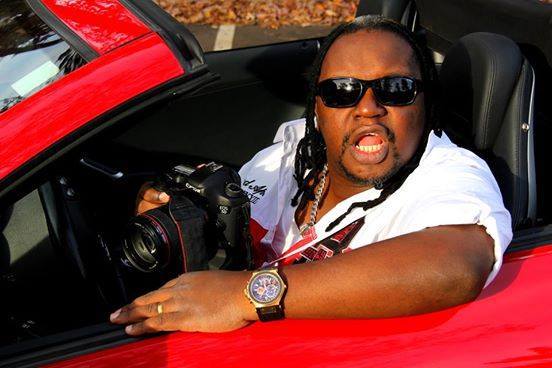 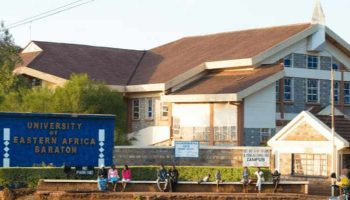 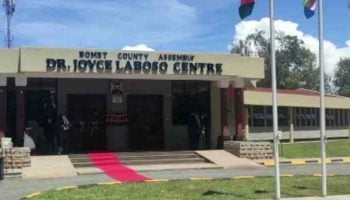 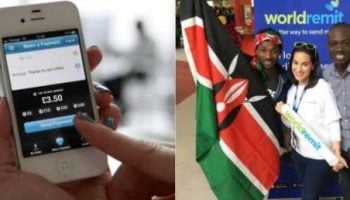 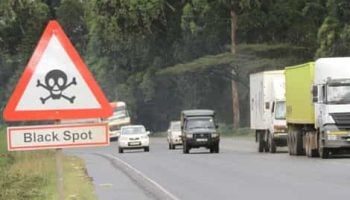 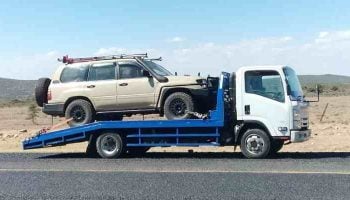 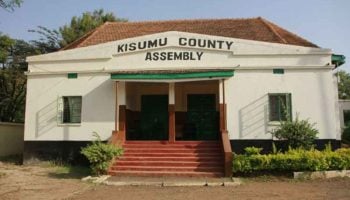